If you’ve been in Jlounge this month, you may have noticed some new four-legged friends along the walls. This summer’s featured artist in the spa is Marsha Steckling of Evie Photography, a Boulder-based photographer specializing in pet and family photography. However, there’s more than meets the eye for many of these furry companions- most of the dogs you see in the spa are current and former shelter dogs!

Marsha began her family photography business in 1999, but didn’t begin professional pet photography until 2007 while volunteering at Animal Rescue New Orleans after the disastrous Hurricane Katrina. While visiting New Orleans to volunteer at ARNO with her sister Jeanne, she began photographing the shelter’s dogs with the hopes of getting them adopted sooner. Marsha soon fell in love with two of the shelter’s residents, a pair of formerly feral littermates affectionately named after the outlaw Jesse James. Marsha never forgot the pair, and soon had adopted and flown Jesse and Jackie to Colorado.

Soon thereafter, she began volunteering regularly at the Longmont Humane Society where she went on to create over 3,500 portraits of shelter animals pre and post adoption. Knowing that high-quality portraits of shelter animals boosts their rates of adoption, Marsha suggested revamping LHS’s photography program which has since grown to include two dog photographers, three cat photographers, one videographer, and six handlers. In addition to her philanthropic work, Marsha also frequently photographs local pets with their families (some former shelter animals themselves!)

One of the 3,500+ shelter dogs Marsha has photographed during her career.

“Photographs capture the love, connection and joy we experience with each other,” says Marsha.  “Photographs tell a story and stop time so we can savor and remember them.  Sometimes we don’t even know how important a photo will be to us until later, after a family member or pet has passed.”

Today, Marsha lives in Boulder with her family and frequently volunteers at the Longmont Humane Society. She loves creating beautiful images of pets and their families by showing the personalities and quirks of each subject to create a lasting memory the family will cherish forever. Marsha takes pride in her ability to photograph any pet regardless of level of experience, and encourages anyone interested in a family and/or pet photography session to reach out to her.

Contact info: Marsha Steckling at Evie Photography
Jlounge Natural Nail Bar & Spa, located in Boulder, CO, offers mani and pedi treatments as well as skincare treatments, waxing and massage. Jlounge was recognized by Boulder County Gold as the Best Nail Salon, Skincare Facility and Spa as well as having the Best CBD-infused skincare products. Individuals and groups are welcome. Click HERE to book now. We look forward to having you come lounge with us! 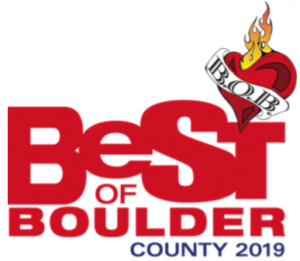